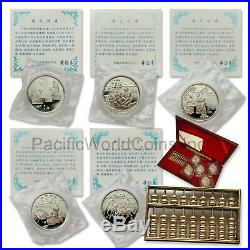 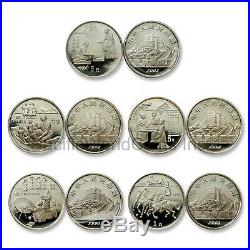 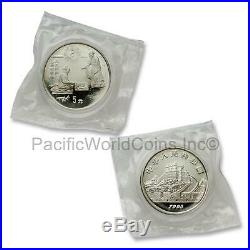 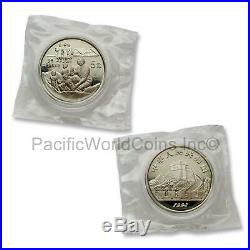 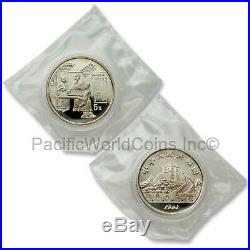 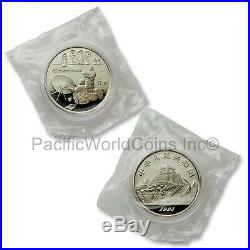 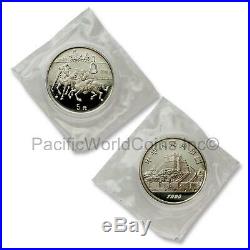 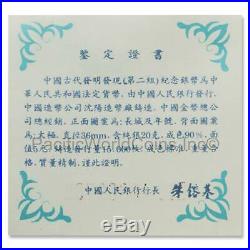 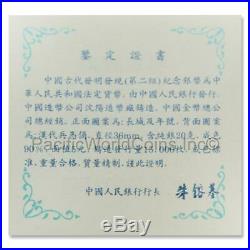 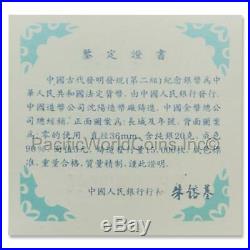 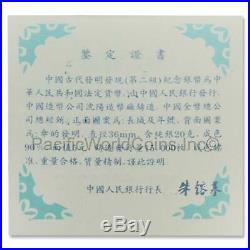 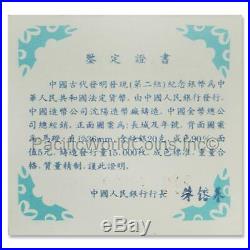 Highest Grade 70 Coins. World Gold & Platinum Coins. World Raw Gold Coins. China 1993 Invention Discovery Silver Proof Coin Set with Box and COA. Weight: 22 grams each. Face Value: 5 Yuan. Use of Store Images We often have multiple quantities available of many of our most popular products. As a result we often use “Stock Images” to represent the actual product. When a “Stock Image” is used to merchandise a product, that use will be disclosed as follows. The “Stock Images” used in this Description are an indicator of the quality of the item you will receive. The actual item you will receive is guaranteed to be as described and depicted. Errors and Omissions Prices and availability of products and services are subject to change without notice. Errors will be corrected where discovered, and PWC reserves the right to revoke any stated offer and to correct any errors, inaccuracies or omissions including after an order has been submitted and whether or not the order has been confirmed. All orders subject to acceptance. Using digital video, we record the packing of our products to affirm accuracy. We may ask you to file a police report if it appears loss is due to theft or tampering. Your assistance speeds up the investigation and the sooner we complete it, the sooner we can resolve the missing order. If you need to change the Address you should cancel your order and place a new order using the correct address. If you do not receive the package directly from the common carrier, you agree to take all reasonable actions to assist in recovery of the package, including but not limited to filling out reports (and/or police reports) and providing all information needed or that may be requested to assist in recovery of the package. If we determine the package is lost or damaged, we file a claim. Failure to fully cooperate will jeopardize coverage that may be provided to you. We don’t accept return. Our main consigner, Martin Weiss, is a pioneer in the marketing of modern issue Chinese coins. Martin Weiss has been a leader in the numismatics hobby for over 40 years. He is perhaps best known as the individual who helped to make the coins of China among the most collected coins around the world. Weiss tells: In 1983, there was virtually no market for modern Chinese coins in the United States or anywhere else. And for good reasons. The People’s Republic of China had only issued small denomination coins for circulation before 1979. No commemoratives. No silver. No gold. Weiss’s public relations campaign got the news of the new Panda coin (and his company’s name-PandaAmerica) in newspapers throughout the country, and orders poured in. When the first catalogue of “China Panda Gold and Silver Coins” was published in China, Martin Weiss was the only American dealerto be featured. In addition to creating a worldwide market for China’s Panda coins, Martin Weiss developed a series of Inventions and Discoveries coins with China, that was a PandaAmerica exclusive. Weiss also developed a series of gold and silver Lunar-Zodiac commemoratives for the country of Singapore and coins commemorating the 500. Anniversary of Columbus’ landfall in the New World for the Bahamas, all of which were successfully distributed exclusively by his company, PandaAmerica. Weiss contracted to distribute coins for the Perth Mint (Australia), the British Royal Mint, Israel Coins and Medals Corporation, Banco de Mexico, Monnaie de Paris, and others including the Olympic Coin Program of the United States Treasury. Martin Weiss was the recipient of Professional Numismatic GuildZ39;s Sol Kaplan Award in 2002 for helping to cleanse our profession of thievery and for upholding the ethics that the PNG stands for. Weiss’s imagination, get-it-done attitude, professional standing, and worldwide connections assure the success of his future ventures. In addition to his membership in PNG, Mr. Weiss is a Life Member of the American Numismatic Association, and he abides by the Codes of Ethics of both organizations. Martin Weiss now devotes his efforts full time to making the websites pacificworldcoins, bidbuycoins or coinsmakeoffer world-class and easy to use. The item “China 1993 Invention Discovery Silver Proof Coin Set with Box and COA SKU# 7704″ is in sale since Wednesday, February 19, 2020. This item is in the category “Coins & Paper Money\Bullion\Gold\Other Gold Bullion”. The seller is “pacificworldcoins_inc” and is located in Rancho Mirage, California. This item can be shipped worldwide.